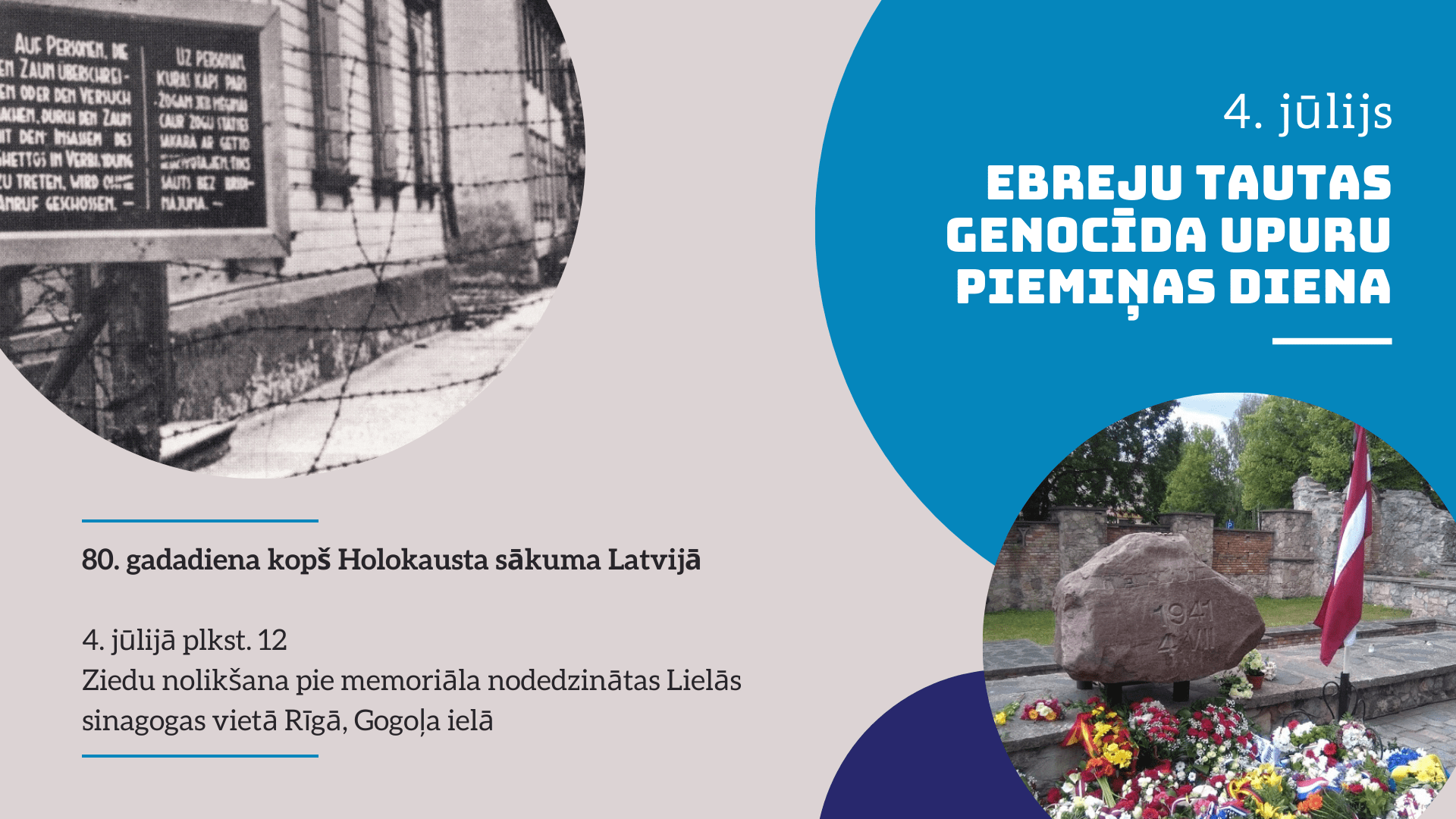 This year marks the 80th anniversary of the beginning of the Holocaust in Latvia, when more than 70 000 local Jews and about 20 000 Jews deported here from other European countries were killed during the Nazi occupation in 1941-1945.

Following the restrictions on gatherings in the country, the Council of Jewish Communities of Latvia will not hold public events. Community leadership will honor the Holocaust victims on 4th of July at 12:00 by laying flowers at the memorial at the Great synagogue in Riga, Gogola street.