Yesterday, on October 3, there was a clean up at the New Jewish cemetery. The event was organised by the Riga Jewish Community with the support of the JCC (Jewish Community Center), the Uniting History Foundation, and the “Jews in Latvia” museum.

The director of the museum Ilya Lensky spoke about the history of this cemetery: “In the cemetery we have a monument for the fallen Jewish soldiers, who died fighting for Latvia’s independence from 1919 to 1920. Many artists and celebrities are buried there. There is also a memorial stone for Žanis and Johanna Lipke, who saved more than 50 Jews during the Nazi occupation. Holocaust victims from Eglaine and Dobele were removed from their mass graves and also reburied here.”

The main goal of the event was to preserve the historical memory for current generations. We would like to thank everyone who came to the cemetery — you are amazing! There were a lot of participants: we cleaned graves, monuments and tidied up the territory. We are very pleased that there was such an active interest in this event from the volunteers and we hope to repeat such events on a regular basis. 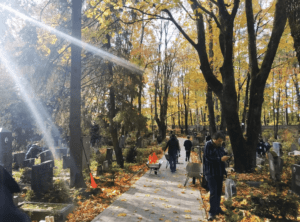 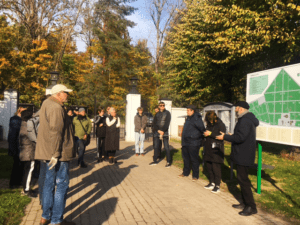