Council of Jewish Communities of Latvia organizes annually on 4 July, on the Commemoration Day of the victims of genocide against the Jewish people, commemorative event at the memorial in Riga, Gogola street 25 with the participation of state leaders, officials and the diplomatic corps.
This year, in connection with measures to limit the spread of Covid-19 infection, an official public event will not be held.
To mark the anniversary of the beginning of the Holocaust in Latvia, the leadership of the Jewish community will lay flowers at the memorial on 3 July at 12:00. 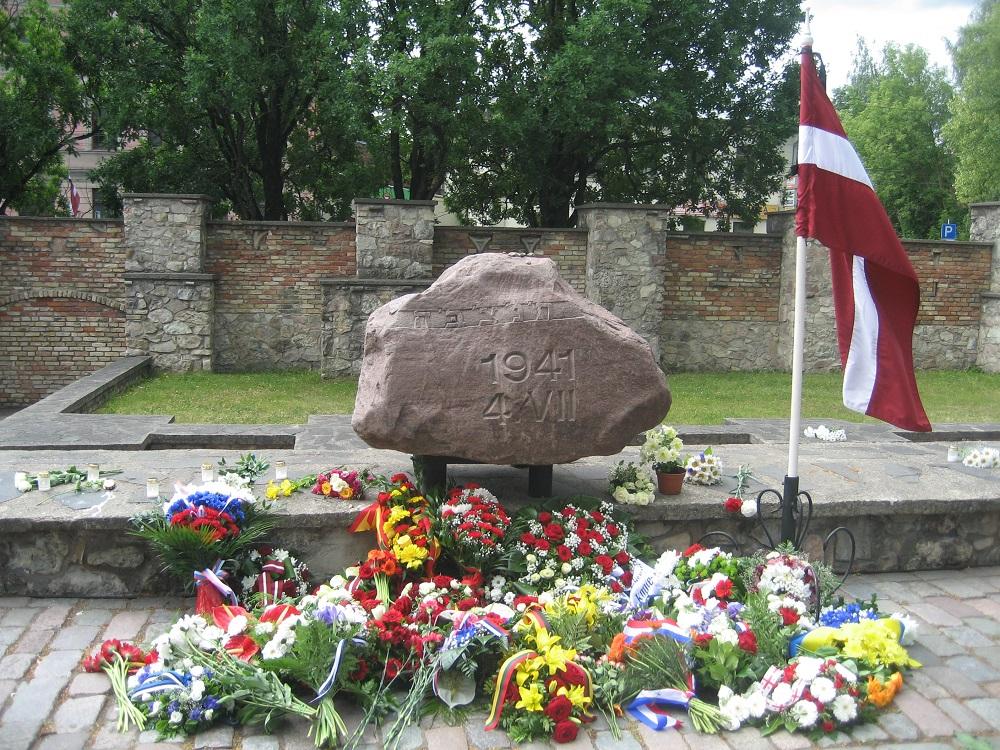