The Embassy of Israel and the Council of Jewish Communities of Latvia have invited their Muslim friends and colleagues to celebrate the holiday that marks the end of the holy month of Ramadan – Eid al-Fitr. 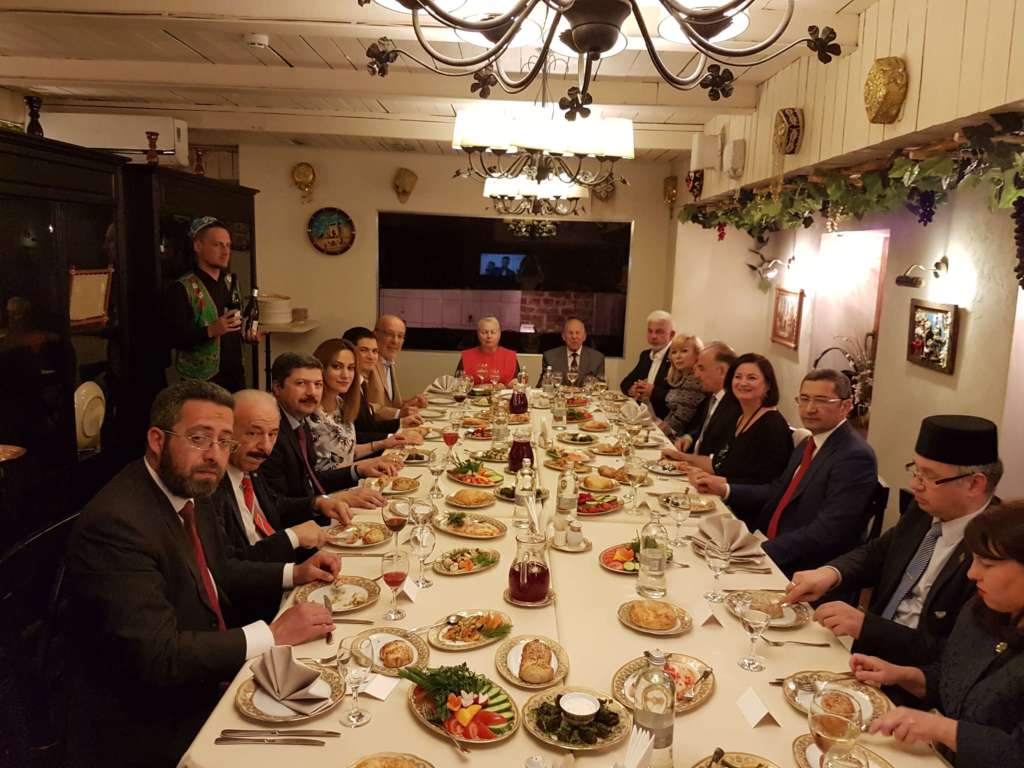 His Excellency Javanshir Akhundov, Ambassador of Azerbaijan, His Excellency Afzal Artikov, Ambassador of Uzbekistan, representatives of the Embassy of Turkey and Azerbaijan, chairmen of the Latvian Tatar Society “Idel” and the Tatar and Bashkir Society “Chisma”, the Head of Bashkir Kurultay of Latvia, and the Head of the Uzbek Cultural Centre gathered around the holiday table.
The Israeli part was represented by Her Excellency Lironne Bar-Sadeh, Ambassador of Israel, Tzevy Mirkin, Deputy Ambassador, and Israela Peri-Probstein, Consul. The Jewish community was represented by Dmitry Krupnikov, the Vice-President of the Council of Jewish Communities of Latvia, David Kagan, the Head of the Riga Jewish Religious Community, and Gita Umanovska, the Executive Director of the Riga Jewish Community.

Participants discussed everything that unites our religions – common Avraamic roots and prophets, culinary and cultural traditions, common words in Turkic, Russian and Hebrew and common pages of history – in a friendly and informal atmosphere. Dmitry Krupnikov and David Kagan told the stories of their families during the World War II when the evacuee families from Latvia ended in Uzbekistan, where Jews were warmly accepted by the local Muslim population and remained close friends even separating after the war.

In turn, the Ambassador of Azerbaijan recalled his childhood backyards in Baku, where people set the tables and celebrated all Muslim, Christian and Jewish holidays together – there can be neither prejudice nor enmity in places where ordinary people are friends.

The members of the Tatar community have spoken of the good regards to those who live alongside them – they call for learning from other nations and adopt their best traits.

Speeches made by guests in Hebrew, English, Russian, Azerbaijani and Uzbek voiced very similar thoughts – various religions and nationalities should not become obstacles to communication and friendship. We have much more in common than we have differences – Muslims and Jews must live in peace and mutual understanding.

The evening has ended with a common desire to turn this magnificent undertaking into a tradition and gather around the holiday table next year.