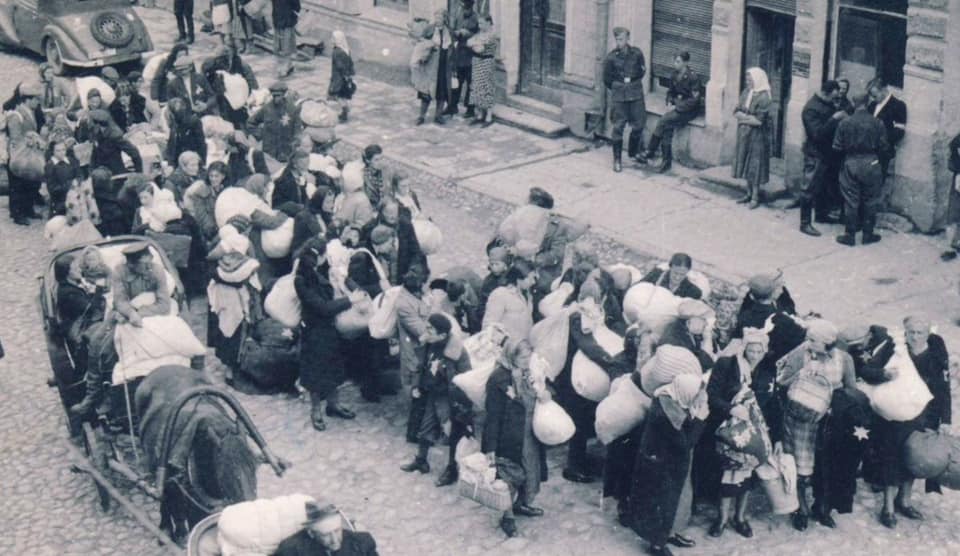 In recent days, the appeal of deputy of the Latvian Parliament, the Saeima, Aldis Gobzems appeared on social networks to people who do not want to get vaccinated against COVID-19 to attach a yellow six-point star on their chest, thus demonstrating that they are in the same position as Jews under the Nazi authorities – branded and expelled from society. Gobzems illustrated the appeal of his photo with a yellow star attached to his clothes.
The Council of Jewish communities of Latvia considers the actions of deputy Gobzems and his supporters absolutely immoral and deeply insulting to victims of Nazi terror, their relatives and all Latvians trying to preserve the memory of the tragedy of the Holocaust, especially given that these statements were made on the 80th anniversary of the beginning of the Holocaust in Latvia.
Stigmatization of Jews with yellow or other colors meant they were doomed to death, it was part of a racist policy made by the Nazis, the ultimate goal of the total destruction of Jews. The restrictions in force in Latvia now affect the visit of the entertainment institutions, but do not affect the social status of people and, of course, do not imply for members of society to be arrested and murdered.
Everyone has the right to express their opinion on the pandemic and vaccination. However, we urge not to use unethical, thoughtless and cheap techniques to divide society, despising the memory of Latvian citizens who died in the tragedies of the 20th century.

Chairman of the Council of Jewish Communities of Latvia Arkady Suharenko

Photo: Relocation of Jews to the Daugavpils ghetto, July 1941. Collection of the Museum “Jews in Latvia”