80 years ago, from 15th to 17th of December 1941, 2731 Liepaja Jews were murdered by Nazis and their local collaborators during mass shootings at Šķēde Dunes.

In commemoration of the tragic events, an online discussion about the history of the Holocaust in Liepaja will be held on Friday, December 17 at 17.00, which will be available online at lipke.lv and on Facebook profile of the Žanis Lipke Memorial.

The speakers in the online discussion will be Ilja Lenski, director of the Museum of Jews in Latvia, historians Dzintars Ērglis and Artūrs Žvinklis, Maija Meiera-Oša, researcher and educator at the Žanis Lipke Memorial, and Ilana Ivanova, board member of the “Liepāja Jewish Heritage” Foundation. This conversation will be moderated by Lolita Tomsone, the director of the Žanis Lipke Memorial.

Nazis occupied Liepaja on June 29, 1941, and began to persecute and kill Jews from the very first days. On 13 December the Nazi authorities published an order to ban Jews from leaving their homes, and mass arrests began. On the morning of 15 December, walking columns and trucks with the Jews were driven to Šķēde, the dunes of the former Latvian Army training ground. People were forced to undress naked on the spot, then in groups of 10, they were driven to the ditches prepared in advance and shot. The murders in Šķēde continued for two more days until December 17.

In July 1942, a ghetto was created in Liepaja, where about 800 remaining Jews were placed, and later transported to the concentration camp Kaiserwald in Riga. 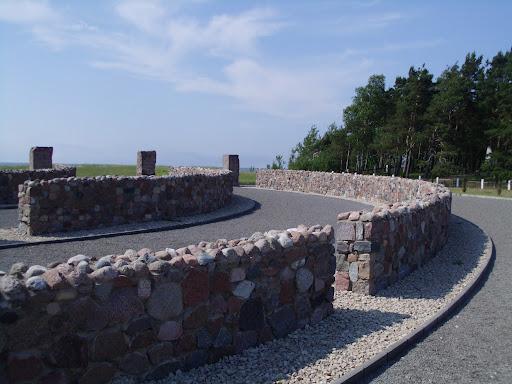